Fireboy and Watergirl are an exciting series of adventure games developed by Oslo Albet and Jan Villanueva.

Fireboy and Watergirl is available on Android devices! and it’s ONLINE! Worldwide!

The game Fireboy and Watergirl is one of the most popular two player games by children out of the variety of online games and flash games.

Watergirl and Fireboy continuously find themselves in mysterious temples, each time trying to get out of them. To escape they must solve puzzles and collaborate with each other. You can either play alone and move each character at a time or try to move them together at the same time. But it is much more fun to play the game along with a friend or a sibling, so that each is playing as a different character.
(Some people confuse and think that the game is called a waterboy and firegirl or a child of water and child of the fire)

In each temple the boy and girl must run and jump between fire and water, you should know that Fireboy is immune to fire, so he can step freely in pools of boiling lava, but he must be careful from stepping into water. Watergirl is resistant to pools of water, but gets hurt when stepping in the lava. Both charachters should beware of any other spikes on the way. At each screen the goal is to get to the doors which will lead you to the next room in the temple. The Fireboy should come to the door marked in red and the Watergirl should find her way to the door marked with a blue sign. On their way, both characters should collect diamonds that have the same color as themselves. The faster you get to the doors of each screen the higher score and ranking you will get.

To find a solution for each screen, you have to step on buttons to trigger lifts, push boxes and bricks to help climb higher and move switches.

But there is more than just running and jumping over death pit. You will have to utilize some gold old fashioned teamwork, using one character to hold down switches or platforms to open the way for the other, and then finding a way to reunite them both at the end. Some levels simply want you to make your way through as fast as you can. Others will require you to move both heroes simultaneously. And still others need you to collect special items before you can leave. At the end of each, you’ll be graded on your performance. If you like, you can go back and replay older levels to improve your rating, or practice your water and fire skills. 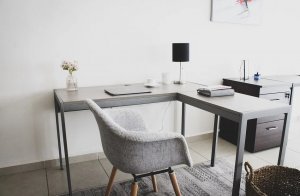 Previous post Tips and Tricks: Working from Home during the Pandemics
Next post Why You Should Add a Roberto Clemente Jersey to Your Collection