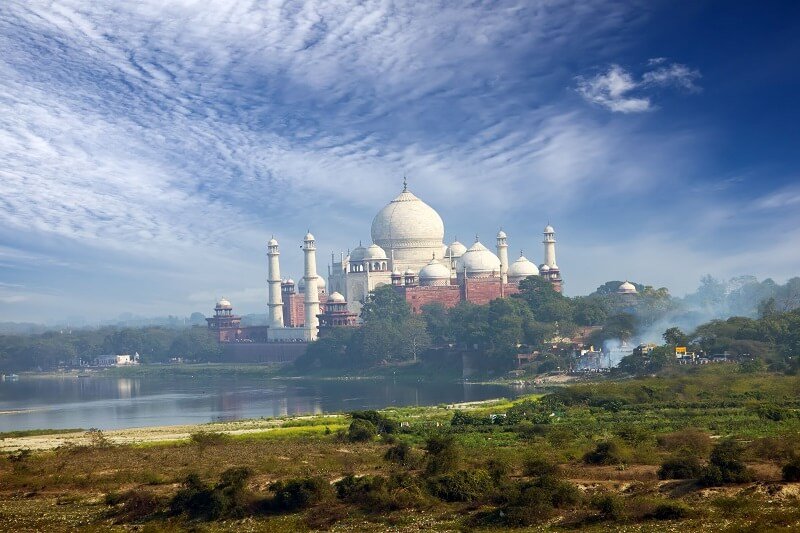 India fascinates the visitors with its rich history and diversity. If you wish to deepen your knowledge of this beautiful country’s history, architectural evolution, and cultural heritage, then we suggest you visit the grand monuments of India that silently relay the stories of the past. A lot of them have also been recognized by UNESCO as the World Heritage Sites. From the well-recognized Taj Mahal in the north to the outstanding Mysore Palace in the South, we have listed eight of the most famous monuments of India that every traveler must consider adding at least a few of them to their itinerary.

The iconic monument of India, one of the Seven Wonders of the World, is a major tourist attraction in the country. Most tourists book flights to India primarily to visit this marvelous monument. The Taj Mahal, built by Shah Jahan in memory of his beloved wife Mumtaz Mahal, is considered the epitome of love. This white marble mausoleum oozes opulence and its architectural detail leaves you in awe!

Also Read: Places You Would Love To Visit in Agra

Known for its imposing structure and impressive red sandstone walls, Lal Quila (also known as Red Fort) is an important historical landmark of India. The Lal Quila complex is considered to “represent the zenith of Mughal creativity under Shah Jahan”, and it is now a UNESCO World Heritage Site.

Referred to as ‘Mumbai’s Taj Mahal’, this is another significant structure in the long list of historical monuments of India. Originally built to commemorate the visit of King George V and Queen Mary to Bombay, the Gateway of India served as access to India through waterways, and today, it is a tourist hotspot in Mumbai. It offers stunning views of the Arabian Sea and the prestigious Taj Hotel.

One of the most beautiful palaces in the world, Mysore Palace is every inch a royal spectacle. Constructed in the Indo-Saracenic style of architecture, this grand palace features exquisite facades, windows, arches, colonnades, and ornate ceilings. The fairy-tale-like beauty of this magnificent palace illuminated in thousands of light bulbs during the Dussehra festival is just unmissable!

Sri Harmandir Sahib, popular as the Golden Temple, is the most sacred pilgrimage place for the Sikhs. Surrounded by the holy Amrit Sarovar, this serene temple with a glistening gold facade is a part of the spiritual complex consisting of many shrines and monuments. This temple that welcomes people of all religions and faiths is seen as a symbol of equality.

Hawa Mahal or the ‘Palace of Winds’, a five-story pyramidal building with 953 tiny windows, stands tall in the ‘Pink City.’ This astounding monument of India shaped like a crown was built by Rajput Sawai Pratap Singh, who was a great devotee of Lord Krishna. The fact that it is the tallest building in the world without any foundation will blow you away, if not the sight of this intricately carved palace.

The Sanchi stupas are among the oldest stone structures in India, and the most notable one is ‘Great Stupa’ commissioned by the Mauryan King Ashoka in the 3rd century B.C. This iconic Buddhist monument has a hemispherical dome-shaped structure and four ornamental gateways. It houses the relics of Lord Buddha and also bears fine inscriptions that depict Jataka tales and Buddhist teachings.

Golconda fort is one of the most popular monuments of India. This imposing fort — a remnant of the glorious past — is well-maintained to this day, and you could not stop but appreciate its sturdy structure and impressive architecture. Golconda was the center for ancient India’s diamond trade and its mines have produced the world’s most famous diamonds, including Kohinoor, Darya-e-Noor, Idol’s Eye, Regent, and Hope diamonds. Do not miss the light and sound show that tells the history of Golconda! 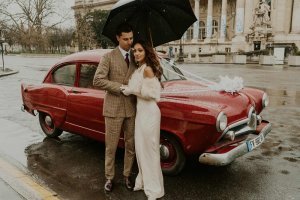