Like most people, I was also unaware of the existence of Phnom Penh. I have been to Cambodia multiple times but somehow managed to overlook this quiet city every time. But one day, the stars aligned, and I discovered this underrated gem. My flight got delayed because of unforeseeable circumstances. I had no option but to wait it out at Siem Reap. I was planning to book an airport hotel, order room service, and try not to overthink the whole situation. But when I asked the airport staff to help with my flight, the kind lady asked me if I had been to Phnom Penh. The name itself piqued my interest. I replied that I have never even heard of it. She then began to describe the beauty of a quiet town, Phnom Penh, which also happened to be the capital of Cambodia. I really needed to work on my geography. I decided to make up for my lack in geography by checking this town out. She got excited after hearing my decision and told me a few destinations I need to see first and some tips. One of the most important tips was that the town closes its shops and restaurants by 5pm every day. I needed to make the most of my short trip before 5 pm. 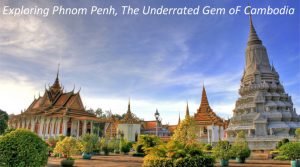 Without any particular destination in mind, I made my way to this city. The first tourist spot I decided to see was the Independence Monument of Cambodia. The Monument is also known as Vimean Ekareach. The Monument is an excellent example of Cambodian architecture. It was built to commemorate the independence of Cambodia from France. It also serves as a tribute to all the brave souls who died protecting their country. During the daytime, many visitors like me are allowed to enter the Monument and pay their respects. During the nighttime, the Monument lights up like a Christmas tree but in the colors of their national flag. After looking around the Monument, I decided to give my legs some rest by sitting down in the garden, which was a part of the Monument.

The park was filled with locals spending time with their loved ones and enjoying snacks. Kids were playing chase. The entire space was echoing with the sounds of laughter and indistinct conversations. I started to feel hungry looking at all those picnic baskets. So I left the Monument and made my way to Phnom Penh Central Market. The market was brimming with stalls, vendors, and locals. The entire market smelled of local street food. I tasted some of it but did not like the taste. I spotted a café; I sat down and ordered one chocolate milkshake and spinach and corn sandwich. The meal was fulfilling, and I felt relaxed after eating something. After finishing my meal, I paid for it and thanked the waiter. I decided to take a stroll in the market. There were a lot of shops selling souvenirs, shoes, bags and other items. I bought a small bag as a souvenir and an oversized t-shirt for my sister. Everywhere I go, it is compulsory to bring something back for my sister. If I fail to do so, I am fined heavily by her. I even tried to polish my bargaining skills, but I was so bad at it that the shopkeeper felt terrible for me and gave me a pity discount.

I had to get back to my hotel to catch my flight the following day. It was just a day in Phnom Penh, but I promised myself to come back for a more extended period of time. I will keep my readers updated about it. This trip wouldn’t have happened if I didn’t get the help and support that I got from Spirit Airlines. Making changes in my flight was so easy with Spirit Airlines Reservations. I would highly recommend choosing to fly with Spirit Airlines. 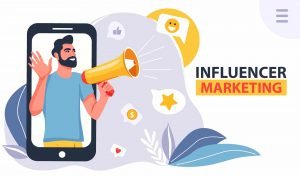 Previous post List Of Features That You Must Look At While Choosing Social Media Influencers!
Next post How to Use a Suspended Platform For Building Construction?