What Is Meant By Excessive Exercise?

Exercising is meant to be beneficial for your health. It can assist you in maintaining a healthy weight, enhancing your cardiovascular health, and even preventing depression. In this article we will discuss about Effects of Too Much Exercise- Additional Psychological Effects

However, like with other things, there is a risk of overdoing it. Exercising too much, on the other hand, can be harmful to your body and mind. So, how much exercise is “too much”?

Well, it depends on a variety of things such as your age, health, and training preferences.

Adults should obtain approximately five hours of moderate exercise or two and a half hours of more strenuous activity each week in general.

However, in an unexpected twist, those persons who ran at a quicker speed more than three times a week had the same chance of dying as non-runners.

As a result, excessive and vigorous running appears to negate some of the health benefits of regular running.

Another study found that women who exercised at least once a week were less likely to suffer a heart attack or stroke. However, ladies who exercised vigorously every day had a higher risk of heart attacks and strokes.

Excessive activity, then, does not outweigh moderate exercise in terms of health advantages. It might also be more dangerous.

Over-exercise and calorie restriction are generally the causes of these symptoms.

Intense exercise has been found to lower libido in males. Physical exhaustion and low testosterone levels might be to blame.

Over exercise increases the risk of overuse ailments such as tendinitis and stress fractures in both men and women. Repetitive trauma causes these injuries. Your immune system might be harmed.

Excessive exercise might decrease your immune system, whereas moderate activity can boost it.

After strenuous exercise, there is a 72-hour “open window” of decreased immunity. Viruses and bacteria may have an easier time penetrating and infecting the body as a result of this.

Overworked athletes also use to have a higher rate of upper respiratory tract illnesses.

The stress chemicals cortisol and epinephrine are negatively affecting by overtraining.

Excessive exercise, while it should stimulate hunger, can have the opposite effect. As a result, for people who overtrain, weight loss can become a major problem.

With these certain types of highly intensive exercise, some rhabdomyolysis can be expected.

High levels of rhabdomyolysis in OTS, on the other hand, can lead to renal failure.

Low energy availability over time can have a severe impact on multiple organ systems, resulting in iron deficiency anemia, low testosterone levels in men, and low bone density in women.

Even basic workouts become more difficult as a result of overtraining.

In those with OTS, their baseline heart rate elevates, and it might be difficult to get their heart rate back to normal after exercising, necessitating extended durations of rest.

Reduced athletic performance is one of the most common symptoms of overtraining, regardless of increased training intensity or volume.

Impaired agility, longer reaction times, reduced running speeds, and decreased strength/endurance can all contribute to a drop in performance. Overtraining can also lead to a loss of motivation.

Excessive weariness builds up in your system when you don’t take the time to adequately recuperate and refuel from continuous activity.

Furthermore, if you exercise too much and consistently burn calories, you may have “poor energy availability,” which is caused by the body depleting its energy resources.

Injuries that last a long time

Overuse of muscles and joints eventually leads to full-time aches and pains.

If these injuries last longer than two weeks, as they often do with OTS, they may be serious and require medical attention.

We can relate that too much exercise is bad for your health, especially your heart, tendons, ligaments, and immune system.

Exercise addiction is wreaking havoc on the minds of approximately 1 million people in the United States.

Withdrawal is a symptom of exercise addiction, and it occurs when you miss a workout and feel anxious or weary.

Or you may be feeling out of control and unable to reduce your workout.

Even when you’re aware that it’s causing you pain. It’s critical to recognize that you shouldn’t simply stop exercising. The important thing is to acquire the appropriate amount. As a result, feel free to run. Just not every time. 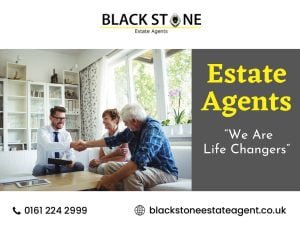 Previous post Can Estate Agents in Manchester Pull Out of Sale? 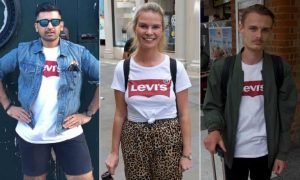 Next post What Is The Most Popular T-Shirt Style?