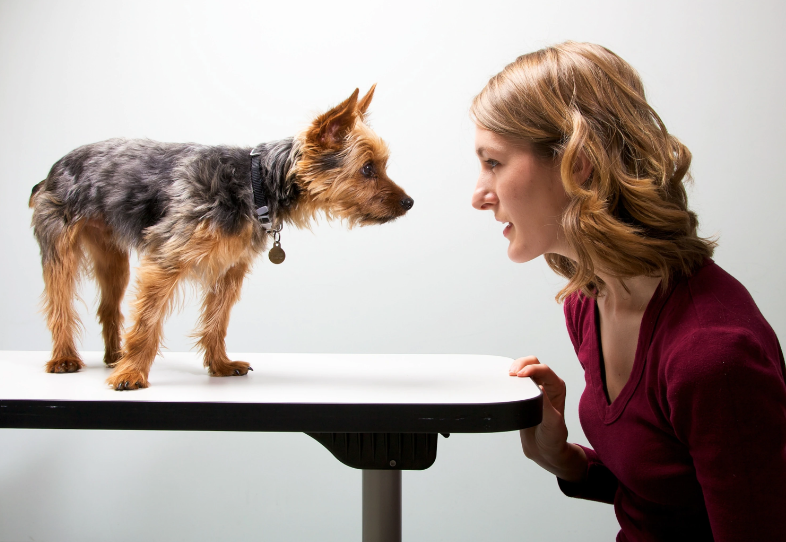 As is so often the case, scientists disagree on how to evaluate history. One thing is certain, and I want to start with that, that the dog actually descends from the wolf, namely from the gray wolf (Canis lupus lupus). American and Swedish evolutionary biologists have come to this conclusion on the basis of their genetic make-up and thus refute the view of Konrad Lorenz, the great behavioral scientist who still believed he could identify the jackal as the ancestor of the dog. Whether it was a jackal or a wolf, before we put dog collars on man’s best friend and made it a house pet, the question remains of how the closeness between humans and this primordial dog came about is much more interesting.

You have to imagine it this way: hunters roamed the area thousands of years ago and tried to hunt game for themselves and their clan. Not only because of the equipment of the hunters and the inhospitable nature of the area, it was a laborious, but always an extremely dangerous undertaking. The wandering wolves targeted the same prey. Whenever the opportunity allowed it, the wolves were happy to take care of the remains of the food that humans left behind, as this was easy-to-reach food. At some point the coexistence resulted in togetherness. That did not happen suddenly, but it developed and probably took a lot of time. Nevertheless the question: When did something like domestication occur?

Until now, it was believed, supported by excavation finds, that this happened around 15,000 years ago, i.e. in the late Ice Age. In 1914 archaeologists found skeletons of Cro-Magnon people (Cro-Magnon is a cave in the Vézèretal in the Dép. Dordogne) and immediately next to it the lower jaw of a dog. According to the scientists, this dog, similar to a small German shepherd, showed clear signs of domestication. This was determined by the size of the skull part found and the recognizable tooth position. Domestication is always accompanied by a reduction in the size of the skull and a particular disorder of the rows of teeth. Based on the find, it was assumed that the late Ice Age man tied the dog so close that he had used it for hunting or for tracking down game.

Based on the genetic studies they have carried out, other scientists indicate that the interaction between humans and the early dog ​​started much earlier. It is interesting that the scientists assume that it was not humans who domesticated the dog, but that the dog “housed” himself (according to Gregory Acland, veterinarian at Cornell University in Ithaca, USA). At that point in time, when the coexistence between man and wolf already existed, man did not have the intellectual abilities to domesticate an animal – nor was he himself yet. It was probably the case that humans and animals recognized on the basis of their experiences that it was useful to work together during the hunt and then to stay together in a more or less stable population. It was a kind of symbiosis, a coexistence of different organisms for mutual benefit. This symbiosis is said to have occurred more than 135,000 years ago, from which the original dog developed, so there was a separation among wolves between those who kept themselves completely away from humans and those who benefit from it saw close to people.

If this is to have happened 135,000 years ago, then this early dog ​​and his entourage must have already been hanging around the Neanderthal deposits. Homo sapiens and “domesticated” dogs can only meet 40,000 years ago when they immigrated to the Middle East. The view is rejected by many scientists as speculative and as not provable. In fact, there are no grave finds that would prove this togetherness, the “mutual” domestication. The lack of evidence is based on the fact, according to the scientists who support the thesis of the early symbiosis, that at that time (i.e. 135,000 years ago) there were no cemeteries because these were nomadic hunters and gatherers who did not yet were sedentary. Therefore, one could not find dog fossils next to those of humans. Humans only developed from nomadic hunter-gatherers to sedentary people around 15,000 years ago.

An archaeological find from 1999 now proves that domestication between humans and dogs has not only existed for 15,000 years (i.e. the time of the bone discovery). In a cave of Chauvet in southern France, which is known to be from Stone Age people discovered a dog’s paw print. One is therefore certain because the dog’s paw differs from that of a wolf mainly in the position of the toes. The age of the imprint of the dog’s paw, whereby even the animal’s claws have left traces, is set at around 25,000 years.

For the sake of completeness, it is pointed out that it is assumed that the nomads who immigrated to America from Siberia around 35,000 years ago have already brought dogs with them. You can now choose from when you want to accept domestication of the dog. Is it 15,000 years (bone discovery in a grave), or 25,000 years (paw print in a cave) or 35,000 years (nomads come to America with dogs) or even 135,000 years (genetic examination). One thing is certain – for thousands of years there was a togetherness between humans and dogs and the relationship changed both ways of life. The external appearance of the dog remained similar to that of a wolf until man, when he became sedentary, began to change the dog through breeding specifically to the usefulness he had determined. It was now possible to influence whether the dog was used for hunting, herding or guarding. In the following there will probably also have been the pure house or lap dog.

The domestication of dogs was so successful because dogs have a unique ability to communicate with people. This ability is not based on ancestral history, i.e. not inherited from wolves, but rather the result of permanent selection by humans during their domestication (according to the Max Planck study, published in Science, November 22, 2002). The study comes to the conclusion that dogs are more adept at interpreting human gestures or cues than, for example, great apes. This pronounced learning ability and attention of the dog often leads to a particularly close connection between humans and animals, which can also be referred to as loyalty. At the same time, this results in the special responsibility of humans towards the dog. 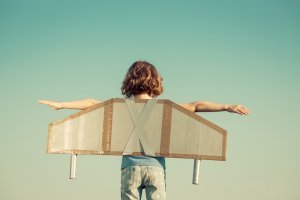