There are five types of pet grooming shears: curved scissors, thinning scissors, straight scissors, chunkers, and blenders. Their difference is based on the hair type, style, and size of your dog. Let’s discuss all these types in detail so you can figure out which one is the best option for your pet.

These type of scissors exists in different lengths, ranging from 4 inches to 10 inches. An expert groomer can cut any shape using straight scissors but most find it easier to use curved shears for a curved line or circle. It is much easier to cut the top of the head, tail of a poodle, and the angulation of a bichon with 6.5-inch to 8-inch curved scissors. A bent shear is required to get a rounded angulation. This is why scissors with curved blades are used for round-shaped cuts.

Thinning scissors is one of the unique types of pet grooming shears. Both blades of these scissors are serrated like a comb. It can be used to thin out very thick coats. These scissors allow the modeling of coats wherever necessary. The roots can also be thinned out using these scissors. A thinner root allows for the coat to appear flatter and sleeker.

The most commonly used shears for pet grooming are straight scissors. The size ranges from 4 inches to 10 inches. An 8-inch size is mostly used for curly coats of poodles, bichons, and puppies. The smaller scissors between 6 inches to 7 inches are more suitable for smaller dogs. They can also be used on smaller surfaces like the inside of the hind legs of poodles. The smallest size is 4 inches, which is used in places where precision work is required, such as around the legs, feet, eyes, or the tip of ears. There are two types of straight scissors available in longer lengths, which are the normal narrow scissors and wider scissors. The narrow scissors are suitable for light and fine coats whereas wider scissors are suitable for heavy rough coats such as bobtail, Portuguese water dog, cocker, and king poodle.

While cutting curly hair, the main problem faced by pet groomers is unequal hair as the curls shrink after drying. The main purpose of chunkers is to model heavy curls without creating significant inequalities. At times, a curly coat has way too much hair, which makes it difficult to reach the skin. In such cases, chunkers prove to be extremely useful.

Blenders come with one serrated edge and one smooth edge. This is like a regular pair of scissors. A blender can be used for short and long hair run-over without any visible marking. It makes the cutting process fairly easy. For instance, the hair can be lifted with a comb and can be cut on the flatter side. Blenders are mainly used for modeling and styling rather than cutting. The best way is to cut against or with the direction of hair growth to avoid any markings. You can cut a couple of times and then comb the loose hair from the coat. This process can be repeated until the required result is achieved. As a beginner, you should just buy straight scissors and thinning scissors. The rest of the scissors require much more expertise. With these two scissors, you can cut most types and they are very inexpensive. If you are looking for professional pet grooming shears, make your way to Olfen Beauty for the best quality products. 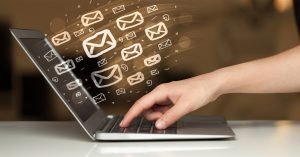 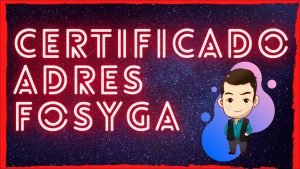