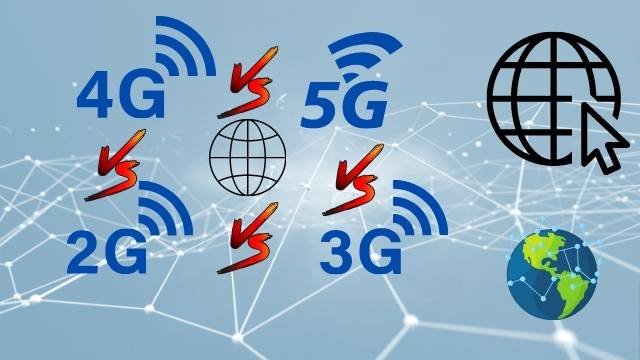 In this post, we are going to teach you about 1G, 2G, 3G, 4G, and 5G mobile technology. Now a lot of people are using cell phones, in fact, in case you didn’t know there are more active cell phones in the world than there is the entire population of people. Pretty crazy right? It is because a lot of people out there are using two or three cell phones. So the G and all these numbers stand for GENERATION.

First, let us get started with 1G. It really got popular in the 1980s. So it is built on an analog system and it can only do phone calls. Now, there were a lot of limitations to it in terms of range, it had very little security, anyone could listen in on your phone call and what you were doing. So it was just like this starting era of mobile wireless technology.

Now 2G was more into the 1990s. It is pretty popular and is based on a digital technology that had more security but also allowed some additional functionality. So 1G was more on voice calls while 2G allowed that as well as texting and MMS messaging. You have some pretty slow speeds with 2G even sending an MMS was incredibly slow and horrible. Now in India, only a few companies like Airtel, VI(Vodafone-Idea) offer a 2G connection. Even at one time, Idea, Vodafone, and Airtel were giving free data(2G data) for a limited time.

Then we move into 3G which is like the early 2000 so this is where we have the era of smartphones really picking up pace. 3G is where you get real mobile data, you can actually surf the Internet properly, look at HTML websites, download some applications, I mean it’s still pretty slow, but when it was released, it was like the greatest thing ever.

The main limitation of 3G technology was that if you were to get a weak signal, the internet would be next to nothing. Because the internet speed of it was fairly slow at the time as compared to 4G.

And then we move over to 4G which is a stage we’re kind of in right now. So here is the thing with 4G technology: the 4tg Generation in the 2010s. That is when it started getting popular and it brought in even faster mobile internet speed. You can load HD videos on YouTube, it was a lot easier to accomplish these things.

It just became this great convenience factor now when in the end she set the standard for 4G. It was originally set on two conditions.

But yeah you read it correctly that was the industry standard set for 4G. Almost no one has met that criteria. So why are all these cell phone companies claiming to have 4G technology when they actually don’t see the consortium that set up the standard? Realize that this is near impossible to achieve because switching from 1G to 2G technology was very expensive, switching from 2G to 3G even more expensive and 3G to 4G even more costly, and so on.

Why is everyone saying 4G technology? Isn’t that kind of cheating the system with false advertisement? Yes and No. You see the industry-standard kind of just lowered down. As you know, reaching one gigabit per second download speed for someone on their cell phone is just not that easy. So what they did is they introduced LTE.

Now LTE is where things get really confusing between LTE and 4G. They are not the same thing. LTE is not really a technology. It’s Long Term Evolution that’s what it stands for. It is basically saying that “hey we’re gonna implement LTE:- long term evolution into 4G technology. We are gonna keep making our current internet speed of 4G better and better until they can hopefully one day reach 1 GBPS”.

So the standard to say that you have 4G technology on saying Airtel Vodafone, Jio was kind of allowed. It is kind of accepted that you know that it is still way faster than 3G. You cannot reach 1 GB per second but use LTE to advance what we currently have. Let us just say we have 4G and kind of let it be.

So what does 5G Tech mean? This is the big question because many carriers are starting to advertise, especially in INDIA ??. But if we cannot reach the proper 4G speed, why do they say 5G? Well, there is no standard for 5G yet. In fact, there is mixed information all over the internet.

You try to research it, the theory here is that with 5G, you should be able to open an HD video and buffer the entire thing on YouTube in seconds. So even loading 4k videos, you won’t have to wait for that loading icon. It will just load instantly.

It should be very fast, seamless and there is gonna be a heavy emphasis on smart products. This is not just your smart home products receiving a signal from your cell phone carrier. This could be autonomous cars, self-driving cars, this could be smart street lights, this could be anything.

Now there are a lot of challenges. The biggest one of course is money. As usual, it’s a very costly investment.

The other thing is that 5G signals the way it works is that they don’t really reach that far away. And they are keeping a lot of cross channeling, a lot of interference with other devices connecting to 5G. So what they are gonna have to do is implement many towers everywhere.

With 3G and 4G towers, sometimes you can spot them from very far away even if you are driving on the highway. The distance between 5G towers is going to be very small. In fact, it is possible they might be implemented in some light posts. They might have a box attached to a light post, you won’t even know that’s a 5G Tower right there.

But they are gonna be more in numbers spread out throughout your city to allow all those various devices connecting to a kind of bounce signal off the nearest communication Tower. So 5G technology as some companies are theorizing that it might be implemented in 2022.

Even some companies like Airtel have implemented 5G. It is very possible they might get to 5G technology in 2022 but I don’t think they will actually achieve it fully at that time. And the carriers might just be like “hey we have 5g cell phone technology” when in reality it is just like 4G. It didn’t really achieve it that well, but they set the bar lower because they are like wow this is actually much more difficult to achieve than we realize. It is more of a marketing gimmick at this point. 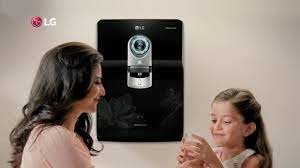