Alphonse Mucha (1860-1939), a Bohemian-born artist, is well recognized today for his sketches, illustrations, postcards, and stunning paintings. Mucha was born and raised in Ivancice, a town in the Czech region of Moravia. He is well known for his posters, which made him famous between 1896 and 1900.

Mucha spent several years as a youngster singing in the choir in the Cathedral of St. Peter and Paul in Prague, the capital city of the Czech Republic. At this church, he first encountered Leos Janáek, a choral leader, composer, and instructor. A baroque fresco ignited his interest in art in the cathedral, which inspired him to travel to learn art and painting.

Because of the city’s well-established international reputation for art and painting at the time, he relocated to Vienna to further his career. Mucha’s mural commissioning employer was so impress with his artwork that he agreed to pay for his education at the Munich Academy of Fine Arts. Mucha’s close friends included the painter Paul Gauguin, with whom he shared his studio, the composer Fredrick Delius, and the experimental Swedish playwright August Strindberg.

Alphonse Mucha: Use of Oil Paint

In his early career, Alphonse Mucha swiftly gained recognition for his work due to his exceptional illustration abilities. In the later years of his career, Mucha produced advertisements, postcards, paintings, drawings, and designs. He has shown enormous brilliance in these genres, demonstrating exceptional versatility as an artist.

Countless amazing Alphonse Mucha drawings and paintings may be considered the artist’s most famous artworks. However, to keep it concise, below are some of his globally recognized artworks to help you learn about Alphonse Mucha’s sketches and paintings.

The Slav Epic is a twenty large oil painting series illustrating the history of Slavic people and culture. Mucha donated his Slave Epic series to Prague in 1928, stipulating that these paintings be shown in a specially constructed gallery. Although the facility has not yet materialized, the developer has promised to build it in the heart of Prague by 2026.

Mucha intended for this massive Slav Epic series to unify the Slavic people through their shared history and mutual respect for peace and learning and to inspire them to use their spirituality and virtue for the development of humanity. These paintings reflect the glorious fabled past of the Slavic people.

In addition, this sequence of paintings demonstrates the artist’s spiritual and theological connection to old Slavic mythology. Through his works, the artist aspired for a triumphant return to the traditional Slavic beliefs and rites that Slavic people practiced before Christianization.

Mucha’s first artwork under his contract with the printer Champenois, ‘Zodiac,’ was conceive as an in-house calendar for the firm. One of Mucha’s signature themes is shown in this piece by the disk-like halo that can be seen behind the head of the woman. Mucha included all twelve zodiac signs in this composition. The woman’s regal bearing and ornate jewelry accentuate her stunning beauty.

Léon Deschamps, the head editor of ‘La Plume,’ was immediately drawn in by the remarkable design of the Zodiac calendar. He rapidly decided to purchase the rights to market it as the magazine’s calendar for the year 1897.

At least nine versions of this lithograph exist, including this one, printed without the text to function as a decorative panel. Nevertheless, it became one of Mucha’s most well-known designs ever created.

Mucha’s first series of ornamental panels, titled “The Seasons,” became one of his most successful and well-known series. It was so successful that in 1897 and 1900, Champenois asked Mucha to create at least two more sets based on the same concept. As a result, there are additional designs for two more sets.

The notion of personifying the seasons was nothing new; instances may be seen in the works of the Old Masters and Champenois’ earlier publications. However, Mucha’s depictions of nymph-like ladies placed against seasonal landscapes infused fresh life into the old motif.

Alphonse Mucha produced Le Pater, an artistically drawn rendition of “The Lord’s Prayer.” This book-form art edition expresses his faith most profoundly. Mucha portrayed The Lord’s Prayer in this painting by incorporating his theological and spiritual interpretation of the scripture.

The symbolism and themes in this one-of-a-kind piece of art can be link to Freemasonry, Catholicism, Theosophy, and Mysticism. In ‘Le Pater,’ the artist presented God as a mother force that nourishes the human spirit.

Gismonda, Victorien Sardou’s four-act play, debuted in 1894 at the Théâtre de la Renaissance in Paris. Sarah Bernhardt directed and acted. Mucha created this poster to advertise the next show, which premiered on January 4th, 1895.

Mucha represented Bernardt as an exotic Byzantine noblewoman with a robe and orchid headpiece with a palm branch. This outfit was use in the play’s finale, the Easter parade. Mucha’s life-size figure on an arching platform portrayed her beauty and dignity, not her genuine features or the tale.

Bernhardt used this poster for her 1896 American tour since she was pleased with Mucha’s artwork.

Although Mucha is most known for his Art Nouveau posters, he devoted the second part of his career to projects with a nationalist bent. In the latter years of his professional life, he experimented with oil paint in his art pieces and produced many monumental paintings. However, Mucha’s enthusiasm for his homeland and interest in its art traditions led him to glorify Czech history and culture. 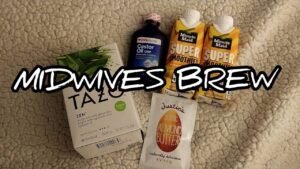