We know that imported cars are famous in different countries especially in under developing countries. As all imported used cars are from well-developed countries but most the importers mostly begin to worry after their arrival.

Following are the main and most common issues with the imported cars. That mostly popup after the arrival of the car at the importer warehouse or location. The list of the issues is as under here we understand and discuss for pre-checking of all those things.

1. Different kinds of errors and their codes

Mostly when imported cards arrive confirms at the warehouse. Most importers call experts to check the possible errors and their codes. As each code related to the specific area failure or non-functioning. So, clearing codes one by one is a quite difficult job.

Most of them due to the long run and different jerks most of the time engine create vibration issues. That is not good for the silent and smooth drive because everything needs to be perfect for the sale of the imported cars.

In the imported cars you cannot judge anything externally. Inside of the engine could be fixed wrongly or have some issue which not test properly at the port of loading. This is a big cost-related matter for importers.

Steering is the key area of any car and if it has some issue like shaking. So that means that car is useless until this gets fixed. In the imported cars if that kind of problem popup several time so it means more addon in the cost.

The brakes and their oil issue matter a lot. Oiling and oil change is not a big issue but the brakes need experts to smartly open and close them. As imported cars are not easy to handle, they are not fitted in theme.

Another issue is inside of the brakes the grip issue at the tires. When the grip is not working or lose this resetting of brakes fitting from the side of the tires. Every new repair adds cost to the product and this kind of issue mostly comes in the imported cars.

The tire’s flatting issue matters a lot for the smooth drive more flat tries mean dangerous to drive. This is a big cost associated with the customer or the importer. Because flat tires are mostly useless for all even those that re-imported.

The unbalance drive means the tires are unbalanced due to rough driving in the exporting country. This issue with the tires is similar to the flatting of tires as with that unbalance tires drive is not possible.

In imported cars, the alignment of the tires is the most common phase because from the destination location exporters do not do that. This is quite normal but the big line same issue creates a mess for the importers to handle bulk traffic.

The imported car inside story no buddy knows so the engine status, oil condition is also unseen. Due to that kind of matter if fuel consumption is high so for the importer this is a big issue. It means need to open and reset it which needs a big cost.

In normal running overconsumption of oil or have heavy leakage of the oil from a different location. The big loss for the importer because for handling this matter need to open engine room. That needs a big cost and time.

The small generator and alternator in the car play a very important role in the car. In the imported car if this does not work well so need to fix it with an expert. That is quite expensive for importers due to labor and parts availability issues.

Big issue big alert radiator is the key part after the engine. That can create trouble in smart driving and air-conditioning. In the imported cars that fault is not digestible. because all the quality of the internal setting depends on it. Further, this is too much expensive part also.

The issue rises up with the starting of the ignition. if the motor does not work that means all car impressions become zero. Repairing and handling of imported parts are not easy to handle for the importers.

The windscreen cracks are the normal thing in the traveling of the imported cars. Because in the containers most of the time it happens. For the importers, it is a very bad thing because original things are original.

The emission of extra gases from the car is not a good sign for the imported cars. This is a sign of an engine problem that is too costly to handle.

Further, in imported used cars fuel tank leakage issue is common. Furthermore the inside fuel pump most of the time gets stuck which is also a big challenge.

Most of the time due to sea shipment moisture creates a big issue in the sensors and functions of the cars. That’s why malfunctioning of the different things occurs.

The gearbox mostly tests when doing test drives and it is only possible after an import at the warehouse. At the export location, it is not possible, because of that if any issue is found that matter a lot for the importer. Because to solve that need experts and a big cost.

The oiling of the gearbox and its leakage matter a lot in the used cars. As importers don’t know how the previous users do care for them. Many complaints pop up regarding this issue here.

Bad battery and dead battery both are equal in loss of the importer and that complains are too high in the imported cars.

Body rusting is more common in the imported cars due to bad quality filtration. Most agents also do not work well due to which faulty and rust cars are exported to importers with a dark vision. That’s why need experts like @JapanMotorsLtd to cover all aspects to minimize all losses at the port of loading. 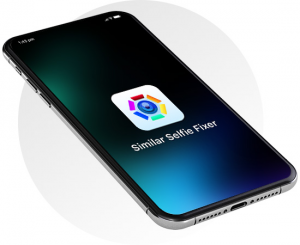 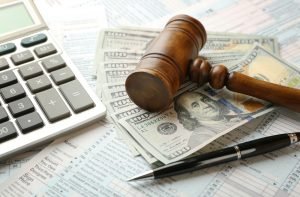