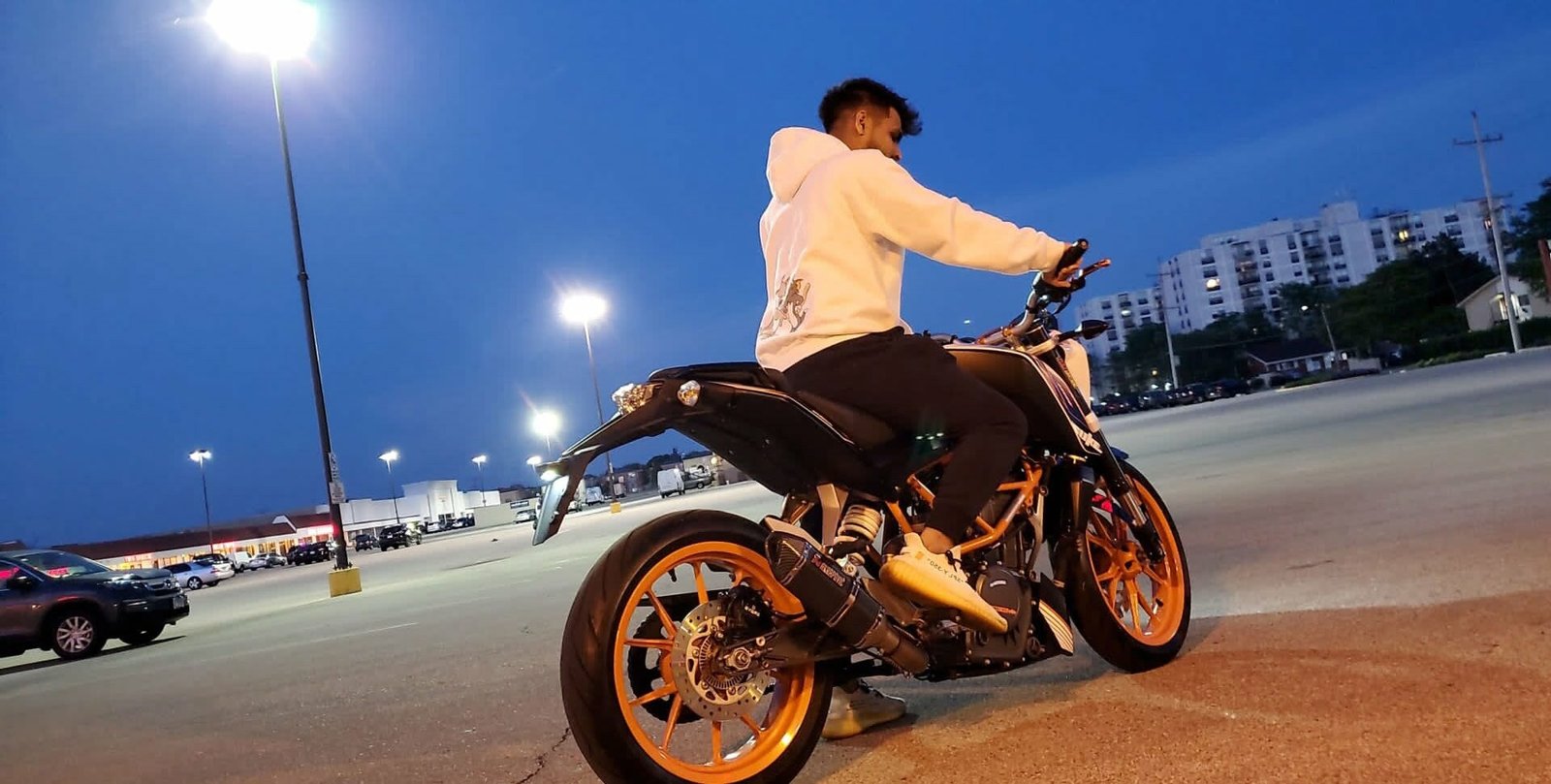 Humankind has made some great inventions over the period of time and it has become an absolute pleasure to watch the advancement in technology. One of the best technical developments made by man is the motorcycle. Yes, you have got it right with the first glimpse at the image. Chintan Patel is showing off his skills on his dream bike, KTM Duke 390 and we must say, he is rocking the entire look. Have you ever wanted something so badly that you cannot let go of its thoughts unless you have finally attained it? Well, for most guys, bikes are the ultimate dream vehicle that is likely to make a change in their entire lifestyle.

In the dusk of the evening twilight, Chintan Patel took out his dream bike for a ride around the city. Garbed in a white hoodie and black jeans, the clash of colors with the orange wheels of the KTM Duke 390 came out to be very prominent! Being a bike stunt rider, he rides his bike with the ease at fingertips. He has also put his name “Chin10” on the number plate, which has proved to be a complete game changer.

The skyscrapers reached the sky at a distance and the bright lights of the street filled up the background as the young man twirled on his bike to show off some style. Indeed, what better pass time can be there other than taking the dream vehicle for a classic whirl around the city?

Defining the beauty of bikes on the street!

Bikes are not simply indicators of the technology in the human generation. They often focus on the speed and quest of adventure which is sought by most youth at their age! A few brave souls like Chintan Patel are ready enough to live their dreams and walk on the path of immediate success with the raging hormones of this age. A bike is not simply something that becomes a favorite toy of every young boy out of the blue! The blast of adrenaline that is provided by a single ride on a bike like KTM is something many live for. The hungry blood of adventure and the thirst to take up something dangerous and fun is accompanied by the rider when he takes his bike for a whirl!

Chintan Patel has often mentioned in his Instagram handle that he is a great enthusiast of technology and is a fan of bikes. The built-in technology of the KTM Duke 390 is better than most of the bikes which are available in the market. Sure, if you want to have a KTM Duke 390, you need the best assets and skills to ride it as well. It is one of the safest bikes as well! If one has to quench their thirst for speed and adventure, this is the right bike to start their endeavors on!

Chintan Patel seems to rock the style of riding his dream bike KTM Duke 390. With his ease of prowling on the bike, it seems that he is up and ready for a long journey on this classic vehicle. With the blast of raging hormones and a pretty outlook, one can definitely be inspired by the confident stride of Chintan Patel on this magnificent bike! 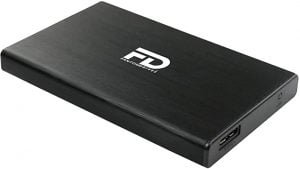 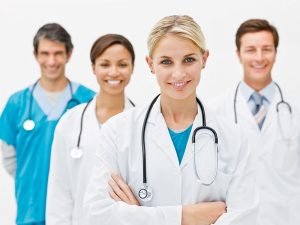 How to Save Money by Using a Vehicle Wrecker

All you Need To Know About Wide Range Car Tyres