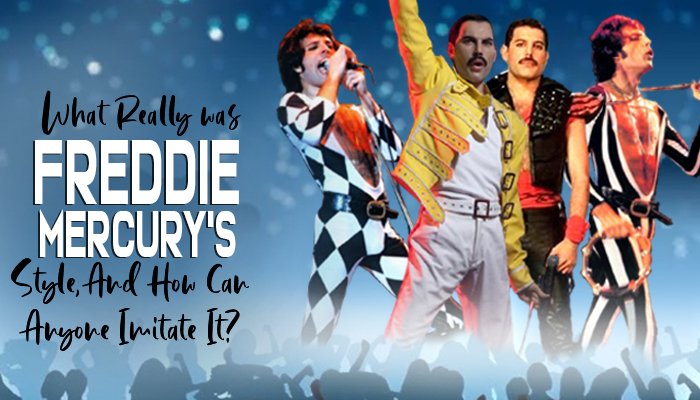 The Charming History of Mercury

Kurt Cobain was envious of Freddie Mercury. Cobain stated in his suicide letter that he’d never have the same power over an audience as Freddie. Many did not know this fact. Freddie Mercury is an icon. He is a symbol of brilliance. Freddies talent has known no bounds. This was not a shock. Whether you’ve been a Queen fan since the beginning or have only recently discovered them thanks to Rami Malek’s film depiction, you can’t deny that Freddie Mercury’s design notion was compelling. He had a fantastic presence, not just because of his singing but also because of the way he carried himself. He popularised the androgynous look, breaking all men’s fashion conventions in 1980s Britain.

Freddie Mercury established some definitive statements with his gender-fluid attire in a period when gender deviation was still in its early stages. Even today, his outspoken rejection of gender binarism has made him an LGBTQ legend. In this post, we’ll look at some of Freddie Mercury’s most iconic outfits, which you may copy.

Ways to describe the Freddie mercury jacket and other looks is not that hard. The adjective ‘charismatic’ comes to mind when describing Freddie’s appearance. Everything concerning him was as unique as it could have been, from his glittering clothing to his shapely mustache. He reportedly went so far as to claim that Hollywood, not rock n roll, was his goal.

His attire frequently reflected both his theatrics and his sense of fashion. Freddie’s enthusiasm for fashion design is a gift. He was driven by his degree in graphic design and his experience working in a clothing store. In the early 1970s, Freddie Mercury’s aesthetic was all about defying gender stereotypes. He would wear sequined jackets, catsuits, leotards, pleated drag-like clothing, and long hair. His style in the 1980s leaned toward reclaiming masculinity; he managed to wear lipsticks while wearing trousers, leather jackets, studded belts, and his distinctive mustache.

Freddie Mercury’s style may appear bold or even alarming to some, but designers and fashion aficionados all over the world have been devising ways to blend his style into their creations. His clothing and jackets may be found at a variety of retailers. His dress sense has influenced generations of artists to push themselves to new heights. Even those who aren’t particularly fashion-conscious can dress up like him every now and then to get into the mood.

He has several great regular outfits that may inspire everyone, aside from his rule-breaking sequined leotard or pleated skirt. These are a few of Freddie Mercury’s most famous fashion looks to emulate:

Freddie donned some of the most iconic leather jackets on stage, including the renowned yellow jacket he wore during the 1986 Magic Tour. This military-style outerwear comes in a variety of red and white colors and patterns. A Spanish opera ensemble inspired the yellow leather jacket with six front gold fasteners. Freddie wore it on his farewell tour. He perfectly captured the audience with his emerging authority.

He struck a much more straight-laced image in a military-style jacket, although one with numerous gold buckles and in a bright yellow color, after spending almost all of the 1970s in a spectacular variety of crazy, low-cut leotards.

Another iconic costume from Freddie’s Live Aid performance was his light blue wrangler jeans. Wrangler, a US company, even released a Freddie-influenced assortment immediately after the film’s debut. His wranglers were comfortable. He wore perfectly tailored pants. If you want to copy his outfit from his Live Aid performances, do not even forget to wear a monochrome tank top.

Freddie’s studded leather belts are one of his most recognizable stage accouterments. Freddie wore hand-crafted belts. The belts that he wore looked like they were lived in. This was part of his vogue. The belts looked clean and stylish.

Snug leather pants were Freddie Mercury’s all-time wear outfits. He looked for bold, bright colors and various patterns for his leather pants. When it comes to color, subtlety, and calmness were not in Freddie’s dictionary. He would take colors like bright yellow to molten black. Everything in his wardrobe was a kaleidoscope of colors.

Freddie’s preferred attire for eyewear was thin-framed glasses. He paired the glasses with his black leather jacket. These sunglasses gave him a more tough look. You can find Freddie-style aviators in your local stores as well as in branded shops.

Freddie Mercury was photographed often. He would sport a similar armband with his studded leather belt in the 1980s. With a spiked armband and belt that contrasted sharply with his white tank top, he produced his most famous yet simple outfit for the Live Aid event in Wembley. The studs came in two styles: spiky and pyramid.

Freddie’s footwear selection was diametrically opposed to the theatrics in his clothing. This may be the only occasion he prioritized practicality above dramatic flair. He chose comfortable Adidas that let him move around the stage easily. A pair of white shoes may simply give you a Freddie Mercury appearance while also providing some convenience.

Freddie Mercury was a top vocalist.    One of the most distinctive aspects of Freddie’s style is that anybody, irrespective of gender, may adopt it. He didn’t miss to accessorize with something quirky even after he toned down the color experiment. Throw a Freddie Mercury-themed party if you wish to test out Freddie’s style. In Bohemian Rhapsody, Freddie Mercury looked stunning. His style was an example of fine taste and class. You may challenge your pals to overtake Freddie by dressing up in their favorite Freddie-inspired costume.

Next post Different Types Of Industrial Cleaning Supplies And Equipment