One of the main challenges when you stop smoking is overcoming the withdrawal. In the form of chewing gum, patch, lozenge, etc., nicotine substitutes provide nicotine which is no longer supplied by cigarettes. But are they really effective?

Do anti-smoking substitutes have any side effects?

Whatever their form (patch, chewing gum or Lucy nic gum, lozenge, inhaler, etc.), the smoking cessation aid substitutes aim to fill the lack of nicotine without exposing the lungs to the four thousand toxic substances that the ‘we inhale when we smoke.

Harmless and over-the-counter in pharmacies, they can be used without risk in the event of heart problems in pregnant or breastfeeding women.

What are the different forms of nicotine replacement therapy?

They diffuse nicotine on a regular and prolonged basis, thus reducing the withdrawal effect. This is why it remains the mainstay of weaning, especially for heavy smokers (more than ten cigarettes per day).

Other substitutes make it possible to calm an impetuous urge to smoke one by one or to prevent a risky situation upstream, such as a complicated meeting or an evening with smokers:

If you like to have a “busy mouth,” lozenges will work better, as well as chewing gum, sometimes more satisfying when the fear of lacking makes you nervous. They deliver nicotine very quickly (between 3 and 5 minutes).

Tablets to suck or to dissolve

If we are looking for discretion, tablets to suck or to let dissolve under the tongue will be more suitable. They deliver nicotine very quickly (between 3 and 5 minutes).

If you are attached to body language, inhalers, which somewhat reproduce the gesture of smoking, are the most suitable. Even more compelling, they deliver nicotine in less than a minute.

While gums, lozenges, or inhalers may be sufficient for those who smoke less than 10 cigarettes per day, others should be combined with patches. Their complementary action will increase the chances of successful weaning.

Most studies show that nicotine replacement therapy helps to double the smoking abstinence rate after six months. The success rates of their users were compared with those of people who did not. Result: one year after stopping smoking, 18% of smokers who have been treated with nicotine substitutes are abstinent against 10% in the group of non-users.

Avoid over-dose or under-dose of nicotine.

There is another difficulty, which can lead to failure to successfully estimate the dose of nicotine to which we are used. The more one smokes, the more the withdrawal will be felt, and the more they need for substitutes will be increased. 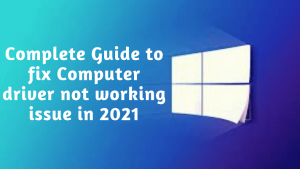