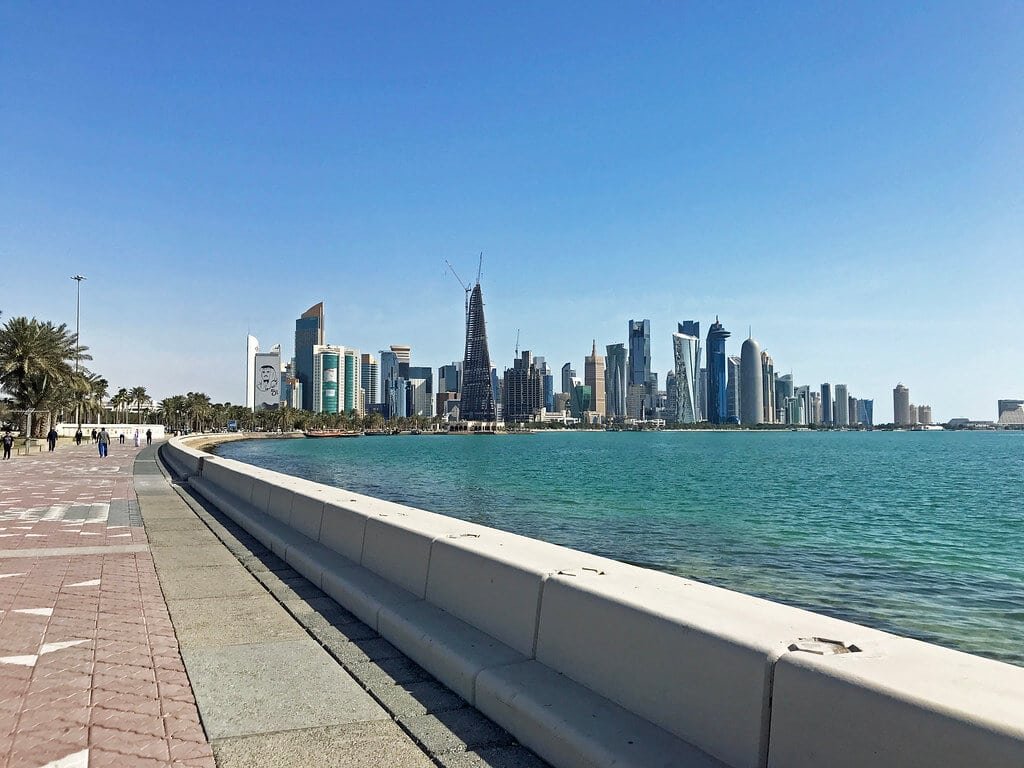 Qatar, a small country in the Persian Gulf, is still a mystery to many. I had no definite plans for visiting Qatar. When we were buying tickets for Thailand, Qatari lines offered the best price-quality option:

And in general, our savings from a package tour amounted to about 400 USD for two), so since fate had given us Qatar on a silver platter, we chose it.

The city bus 777 completely repeats the tour route, and an unlimited ticket for 24 hours costs 20 rials (a single trip is 10 rials).

There are several exchangers on the airport territory. I exchanged 20 USD for minor expenses; in other cases, I used a card (about 60 USD were spent per day for breakfast, lunch, travel, and several souvenirs).

When exchanging, please note that you have to pay for the card for the bus without change, since the machine does not give change. The bus ticket machines are located in front of the airport exit on the right. The bus stop is opposite the airport exit.

The buses are clean and new, the air conditioner is working at full capacity, which had to be insulated, during all our trips there were no more than 5-10 people on the bus. The bus reaches the city center in 30-40 minutes, stops on demand, you must press the bell, which is located on the handrail at each door. We got off in front of the old city and Souq Waqif market.

After walking a little along the embankment, we headed to the old city to see the Grand Mosque and the Emir’s Palace (Emiri Diwan) and looked outside the Al Koot Fort (it is under restoration and was closed) and slowly got to the old city.

At 9 am, the old city’s embankment and streets were deserted, but the first restaurants began to open, inviting early visitors for breakfast. The ancient city’s low buildings made of beige stone, narrow streets, men dressed in national clothes seem to carry them back to the past century.

After having breakfast in one of the cafes, we wandered around the old town, looking into the already opened souvenir shops. The market itself is more crowded, already in the morning, there is a lively trade in everything that can only be imagined from clothes to food and animals.

Having wandered around and absorbed the Arabic flavor of this place, we headed to the Museum of Islamic Art. However, as it happens from the first minute of the long-awaited vacation, consciousness turns off and ceases to follow the week’s numbers and days. It completely flew out of my mind that it was Friday, and Friday in Qatar is a day off, and the museum starts working from 14.00 (Museum opening hours: Sun, Mon and Wed 10.30-17.30, Thu and Sat 12.00-20.00, and Fri 14.00 –20.00, a day off – Tue, admission is free).

After waiting for the bus, we headed towards the Qatari village, observing urban landscapes outside the bus window.

Not paying attention to the fact that the bus stops on demand, we missed the stop of the Qatari village and decided to get to the pearl island (The Pearl Qatar), we did not have enough time for the village. Thus, having completed an almost circular route, we examined the city from the bus window and returned to the old city.

The Pearl Island was not particularly interesting, from a distance or from a bird’s eye view it may look impressive, but close up these are rather bland high-rise buildings, rare trees, and the cost of parked cars and yachts does not delight me. In general, everything looks somehow artificial, the area seems more like a man-made background set for some movie.

On the way from the bus stop to the old town, we came across a camel paddock. The poor things toiled in the open air and looked tired.

After having a snack, in one of the many restaurants, a delicious and spicy dish with an unpronounceable name and an unidentified country of origin, we made a second attempt to visit the Museum of Islam.

As such cafes and restaurants of national cuisine in Doha are challenging to find, keep in mind that the Qatari cuisine is a mixture of cuisines from different countries and adaptation to the climate and national characteristics.

By the time we arrived, the Museum of Islamic Art was already open, and its halls were crowded.

Someone examined in detail not numerous exhibits, someone escaped from the hot midday sun. Outside, the air temperature was not particularly shocking with its indicator of 25 degrees Celsius. However, the dry climate and the absence of any wind seemed to add another 10 degrees. The museum itself is very spacious, light, conditioned air gives the long-awaited coolness.

There are many places for rest throughout the space, there is a cafe with panoramic windows overlooking the peninsula with skyscrapers.

There is a fountain on the balcony-veranda, and the arches offer a fantastic view from one side of the peninsula with skyscrapers on the other to the embankment and the pier with wooden boats. The hazy panorama gives the picture the appearance of a mirage.

After the museum, we headed to the bus stop. The road in Doha is quite tricky to cross, there are traffic lights, but they are quite rare, and they turn on only on demand and very slowly, you have to spend 10 minutes waiting.

The city turned out to be difficult for hikers, public transport is not very numerous, and the distance between objects is difficult to overcome because of the scorching sun.

One easy option is renting a car or a van if you don’t prefer walking or sharing your personal space. Rent a car Doha Qatar, is probably one of the preferred means of transportation for tourists.

Be sure to stock up on water for a walk, as it is not always possible to find a restaurant or a shop quickly, they are practically absent on the embankment. After lunch, closer to the Museum of Islam, sellers of water and all kinds of sweets and snacks that we do not understand appeared on the street, both the Hindus, Pakistanis and other so-called Qatari workers are buyers & sellers.

Since it was Friday, and for the country, it is a day off, it was very crowded on the embankment, and 99.9% were men. The picture is unexpected for us, but we did not feel any threat or concern for our safety.

In total, we walked around the city for about 6 hours. During this time, we managed to see about 2/3rd of the planned program. The Qatari village was not covered, and it would also be possible to stroll through the skyscraper area.

Doha turned out to be a somewhat contrasting city, but making a trip solely for the sake of visiting the city, in my opinion, does not make sense. Still, I will be glad to have the opportunity to walk around the town again during transit. 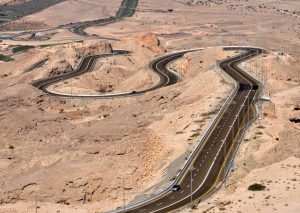 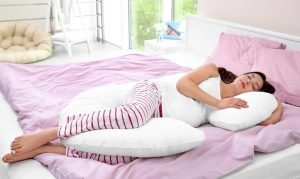 Next post All That You Need To Know About Pregnancy Pillows