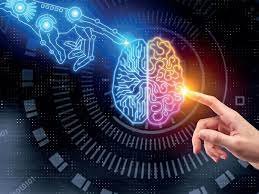 The field of artificial intelligence has advanced by leaps and bounds in the last couple of years, with powerful advances in machine learning algorithms making computers smarter than ever before. By 2021, these trends will have taken hold, leading to even greater developments in this exciting field of technology. Let’s take a look at some of the most exciting AI and machine learning trends for 2021!

In a very short time, AI has become a dominant topic in business circles. Nowhere is that more evident than in Silicon Valley, where giants like Google, Facebook, Amazon and Apple are busy pumping billions of dollars into efforts to use AI to improve products and services ranging from search results to supply chains. According to IDC, spending on machine learning will increase by an average of 22 percent per year from 2018-2021. The biggest percentage gains will be seen in industrial applications that have traditionally been viewed as slower moving—including everything from process optimization at industrial firms to inventory management at retail companies—as well as in industries such as healthcare.

While machine learning algorithms have been around since at least 1957, it’s only in recent years that data sets have become both big enough to really take advantage of machine learning methods, while also being diverse enough to train computer systems using real-world examples. Deep neural networks are particularly promising because they can be trained to do more complicated tasks, but they are also harder to develop. As computers get faster, these developments should continue; it’s hard to predict if or when breakthroughs will occur in areas like quantum computing that could allow even further gains. This is an exciting time for AI research!

Biometrics are an important trend in data security. Many companies are turning to biometrics in order to develop more secure, personalized authentication methods to keep their data secure. For example, two-factor authentication methods that require both a physical object (such as a fingerprint) and a code can help organizations ensure that unauthorized users aren’t accessing their systems. Biometric information is unique to every individual, so biometric security is highly valuable—and it’s also fast-growing. In fact, research firm Tractica predicts that global spending on biometric technologies will reach $17 billion by 2022. That represents more than a 300% increase since 2016 and illustrates just how valuable these techniques have become over time.

Not so long ago, autonomous cars were considered to be a thing of science fiction. Now, though, they’re set to become commonplace in cities around the world. Indeed, by some estimates self-driving cars could account for as much as 25% of all vehicle sales by 2040. But that doesn’t mean that you should stop worrying about your safety or learning how to drive properly; it just means that there are huge changes coming to our roads. Here are some predictions on how driverless cars will affect you in 2021

20% of all cars will be fully autonomous by 2021. That’s a massive rise from just 1% in 2018, according to a study from Digital Trends. And that’s no surprise when you consider how quickly self-driving technology is developing—especially in Silicon Valley, where giants like Google and Apple are locked in an ever-more public race to be first to bring a working autonomous car to market. If anything, it’s surprising that we’re not further along than we are right now—most experts agree that self-driving technology is at least a decade away from widespread use.

These are user interfaces that communicate with users through text, voice, or emojis. Some examples of conversational UI include Amazon’s Alexa assistant (which responds to questions via speech), Facebook M (which lets you text or send stickers), and Google Assistant (which will soon let you make phone calls). There are many exciting ways in which conversational UIs can be used, ranging from booking your next vacation to controlling your home thermostat. Conversational UIs are often seen as more approachable than other forms of UI because they invite natural conversation. However, there are still significant limitations to these interfaces due to privacy concerns, digital security issues, etc.

In 2017, 92% of all data was created by machines. By 2021, artificial intelligence will have reached a point where it can anticipate human needs better than humans themselves can. Perhaps nowhere is that more apparent than in smart cities, where citizens increasingly accept that their behavior is being recorded and analyzed. The technology isn’t all that different from what we see today; we’re just getting used to it. In fact, as IoT expands and sensors take over even more of our lives (i.e., autonomous vehicles), we’ll likely become accustomed to taking part in programs for everything from laundry services to home monitoring.

2016 was a big year for voice interfaces. Amazon’s Echo is finding its way into many homes and is proving to be popular with consumers. We also saw major advancements in virtual assistants such as Apple’s Siri, Google Now, Microsoft’s Cortana, and Amazon’s Alexa. Advancements in natural language processing combined with consumer demand will continue to drive growth of voice interface technology in 2017 and beyond. As we start 2017, we predict that nearly 50% of US households will have at least one smart home assistant device. Another key trend emerging in 2017 is Speech Recognition (SR). These technologies combine machine learning techniques with deep neural networks resulting in ever more accurate recognition of human speech.

Advances in quantum computing may one day allow a quantum computer. To solve certain types of complex problems much faster than a traditional computer could. Some observers believe that, if sufficiently advanced quantum computers can be built. They would enable new kinds of technological solutions to presently intractable problems. It is thought that artificial neural networks will grow larger and more complex. Due to better training techniques as well as processing power available at a lower cost. Neural networks use several layers of computational elements between input data and output data layers. With each layer trained using known examples from which it learns how to perform its assigned task.

This is what we think will happen in just a few years. It’s almost impossible to predict what will happen in 5, 10 or 20 years from now. But we believe that all of these trends will continue to grow and change until we hit some sort of limit. The only question left: How long until we get there? Will it be ten years? Twenty? Fifty? What might be different by then about how we live, work and play with machines today? We don’t know. But one thing is clear: In 2021, you’ll look at your phone to see who called. 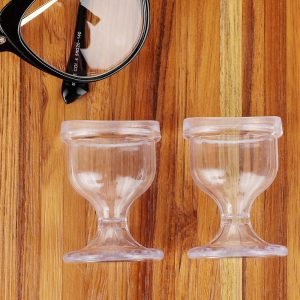 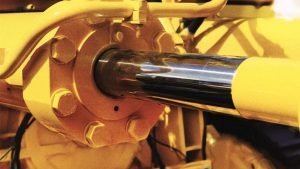 Next post What are the Major Reasons for Hydraulic Systems?