Gold is a precious metal known throughout the world for its great value.

The human being has investigated this metal, searched for it all over the planet, and invested everything possible in continuing to discover its secrets.

Some of them have already come to light, and many people are unaware of some of their peculiarities.We collect in this article some of the most striking curiosities of gold that perhaps you did not know.

We have gold in our bodies! Obviously in minimal quantities. Just tenths of milligrams, but it is present, along with many other items whose complete list would surprise you.

2. Gold exists in a valuable form in the Ocean.

The exploited gold reserves on the planet continue to be gradually reduced. It affects the price of gold so that its value continues to rise almost continuously.

However, some research has found that there is also gold in the Ocean. Another different thing is that it can be taken advantage of.

According to these investigations, there are 13,000 millionths of grams of gold in each litre of ocean water. In one cubic kilometre, this is equivalent to 13 kg of gold present in the water. Considering the amount of water that the Oceans occupy throughout the planet, it is estimated that there may be up to 20 million tons of gold in the water. Now you have to find out how to take advantage of it.

3. Your mobile phone also has gold.

If you have ever wondered why the recycling of mobile devices is so important today, the answer is not only because of the concern for the environment.

The truth is that electronic and technological devices in general have for their manufacture components made up of various metals, including gold.

The inclusion of this metal responds to conductivity reasons since it allows the passage of electricity very effectively.

The best thing about this fact is that, since the metal is located in electronic devices, its extraction and subsequent use is straightforward.

To see it more clearly, we can compare it with the extraction of the original raw material, and that is that there is more gold in 1 ton of technological waste than in a 17-ton mine.

4. There are very few substances capable of dissolving gold.

Gold is a rigid metal with a resistance well above the average.

It has motivated for centuries the research to dissolve gold efficiently and was achieved in approximately 800 AD.

This dissolution is carried out with nitric acid and hydrochloric acid. The result is a kind of liquid that was baptized as aqua regia. It has a high corrosion power that, among other metals, is capable of defeating gold. Few substances in the world can take pride in this feat.

5. Do you know the true meaning of gold?

Discovering the etymology of a concept usually offers us great surprises, and in the historical tradition of Gold, we were not going to find an exception.

The gold comes from Latin, specifically from the word “aurum”, which has its meaning. This word means “bright dawn”, which would be the translation that we should give the name “gold”.

We end with an exciting curiosity, the most significant piece of gold.

Despite being a very malleable metal, it is difficult for Nature to gather a large amount of it, but sometimes impressive finds are made

The most significant piece of gold found in the world is registered since 1862, and the find took place in a mine in Australia.

But not inside the mine, but in a place near a tree that was precisely outside this mine.

Once found, the miners could remove it with ease since it was huge, but another thing was the transport. He weighed 71 kilos! Faced with this discovery, the miners broke the piece into three parts to extract it entirely and transport it. At the current price, its value would be more or less 4 million dollars. 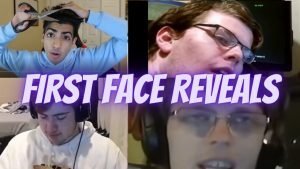 Next post How to Change from Outlook to Windows Live Mail