Many firms, though not all, have been caught off guard by the shift to virtual working. This transition was inevitable, whether or not a pandemic caused it. There are numerous obvious benefits to having a decentralized workforce, including lower overhead costs, healthier and happier employees, more overall productivity, and exposure to a genuinely global pool of talent. There are, of course, drawbacks to working from home. The surge in cyber intrusions remains an issue for businesses of all sizes across sectors and regions. It is now a reality of life that cybercriminals are to be expected whenever business is done online.

The virtual working trend is expected to continue into 2021 and well beyond, particularly due to the ongoing Covid 19 pandemic, placing nearly every organization at risk of being compromised. Luckily, there is a means to keep businesses protected, and that is through the use of Public Key Infrastructure (PKI).

So, what is PKI? PKI refers to everything used to set up and operate public-key cryptography and is among the most used types of online encryption. PKI is big on trust, primarily how two parties may communicate securely with each other. It’s accompanied by a slew of roles, processes and policies, and also hardware and software. Digital signatures, digital certificates, encrypted email, public-key cryptography management, and other technologies are used to implement the technology.

Below are five things to know about PKI:

PKI is built into every internet browser being used today to safeguard traffic across the wider internet. It may also be used to secure access to connected gadgets and internal communications by companies. The PKI has public cryptographic keys at its core. These are used not only for data encryption but also for verifying the identity of the communicating devices or parties. This combination of authentication and encryption makes it possible to communicate securely online. It enables secure electronic data transfer for operations such as online payments, e-commerce, and email.

Certificates and keys are the most fundamental things to learn to comprehend how PKI functions. A key is a number or a continuous string of bits used for data encryption. PKI receives its name because each party in a secure communication platform has two keys. We have a sharable public key upon request that encrypts your messages and a private key that is not sharable and used to decrypt the encrypted message once received. The two keys are linked by a sophisticated mathematical formula that is hard to deduce using brute force.

And that’s how data within a PKI is encrypted. But keep in mind that PKI is popular because it encrypts messages and verifies the individual’s credibility with whom you’re exchanging encrypted messages. This is when certifications are useful.

PKI certificates are digital documents issued to every entity that wishes to engage in a PKI-secured communication. They can hold a great deal of data. The entity’s public key is among the most significant bits of information included in a certificate. This certificate is the mechanism through which that key is shared. It comprises an attestation from a reliable source that proves the entity’s authenticity. A certificate authority is a name given to the trusted source.

Now that we’ve mastered these concepts, PKI is made up of the following components:

Consider PKI as a digital DMV for digital certificates used to authenticate identities. PKI, like the DMV, uses a reliable third party to make judgments about which identities require assigning to a PKI certificate. Ultimately, the person evaluating the PKI certificate must decide on the verification procedure and the necessary level of thoroughness in certificate scrutinization depending on the use case.

Apart from SSL, other PKI applications include:

PKI contributes to the security of our digital environment by securing sensitive data and communications and authenticating digital identities. And, as the volume of linked gadgets and applications grows, so does the necessity of security. 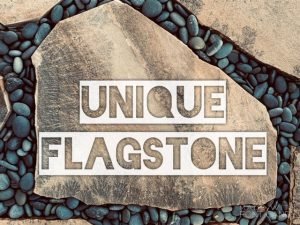 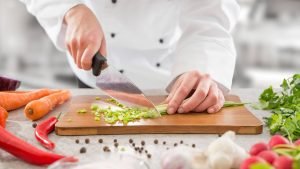