Video games are a multi-billion industry. Many of the most popular video games on the market were created in Scandinavia or feature a Scandinavia theme. The Nordics are not just taking over the video game but also conquering the online slot world. Check out the Scandinavian-inspired slot, Dragon Born.

In Sweden alone, there are 4.2 million players who spend over $400 million annually. With so many Scandivanians obsessed with video games, it is no wonder they dominate the gaming industry. It is time to look at 5 of the most popular and successful Nordic video games. Check out our video game list!

Hellblade is a dark and emotional action adventure game. It is set in the Viking age and players assume the role Senua, a Celtic warrior who travels into the Viking afterlife to save the soul of her dead partner. To reach the afterlife players have to pass through a number of tests which include slaying mythical Norse creatures. The game is unique because the character deals with psychosis but is unaware she suffers from a condition. If you enjoy a Viking themed game with a complex storyline then this is the game for you.

The game has proven to be a massive success and has sold over 1 million copies worldwide since its release in 2018. Hellblade also proved a big hit with the critics with it receiving a 9 on both Steam and IGN.

Valheim is a Swedish video game that is taking the industry by storm. Created by a five-person team and released at the start of February 2021, the video game has already sold 5 million copies on Steam. Valheim is a Viking survival RPG where players can hunt, forage and build traditional longhouses. Players can even go out and slay mythical Norse creatures.

The pc video game reviews have hit almost 200,000 with fans giving the project a perfect 10/10 rating on Steam. The co-founder Henrik Törnqvist is shocked by the success of his project but believes the video games’ online feature where you can meet up with friends and explore the map is contributing to the wide-scale sales.

Skyrim is a fantasy game based on Scandinaivan and Norse mythology. In this game you play the role of an escaped prisoner who becomes a dragon slayer and saves the Nordic world from an evil dragon named Alduin.

In Skyrim you can find characters such as shield maidens (famous female Viking warriors), gods based on Nordic deities and Scandinavian wildlife such as Arctic foxes, bears, moose, wolves and elk. The scenery also looks like you have been transported to a Swedish forest with its thick pines, not to mention the snowy mountains found in the northern areas of the game.

If you want to get a feel for what it was like to be a Viking while getting to experience some crazy fantasy storylines and even kill a few dragons then Skyrim is the perfect game for you.

The highly popular video game franchise Assassin’s Creed released the latest installment in their series in 2020. The Viking-inspired Valhalla video game is sure to be a hit with the millions of people across the world who have a soft spot for raiding parties and berserker warriors.

The video game is set in the late 800s, and players get the opportunity to take control of a leader of a Viking raider party known as Eivor as they invade Britain. Assassin’s Creed: Valhalla has been a great success, with over 2 million players currently wielding axes and slaying enemies. It has been praised for its fantastic video game graphics, which are a notable feature of the Assassin’s Creed series. It is available on all video game consoles, including Playstation and Xbox, as well as pc.

This pc video game may be the most historically accurate Scandinavian game ever produced. So if you are a history buff, this is definitely the video game for you.

In this video game, you play the role of a newly instated Viking chieftain after your father was tragically killed while campaigning. You lead your men to Britain, where you must rebuild your strength. Once battle-ready, you can lead your men and destroy the Anglo-Saxon kingdom. Players are big fans of the turn-based fighting system but have complained it is difficult to build the necessary skills. Despite the criticisms, the project still has a 9/10 rating on steam making it one of the best video games on pc.

Here is a list of the best Scandinavia video games:

We want to know what your favorite Scandinavian video games are and why. Please comment below.

Previous post Which is the best online site to learn Uipath? 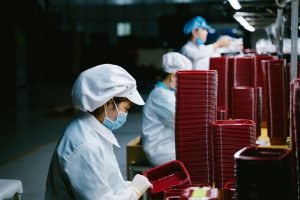