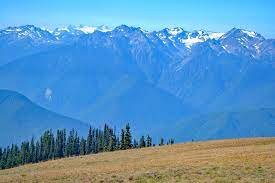 Los Angeles lies in Southern California, and it is a hub of the world’s well-known film and television production. It is home to the iconic international studios, including Paramount Pictures, Universal, and Warner Brothers, offering the best behind-the-scenes tours. Moreover, the TCL Chinese Theatre exhibits celebrities’ autographs and footprints of aspiring and well-known actors. Today, the city attracts millions of travelers across the globe towards its irresistible charm and endless entertainment. Besides films, the site offers great dining scenes, culinary, shopping, and sightseeing tours of family-friendly tourist attractions.

The warm climate and golden beaches offer interesting activities like swimming, building sandcastles, sun tanning, and partying at clubs. Public transportation service is also available, making the sites accessible from the city center. Bring your kids to Disneyland and Universal Studios, which are major family-friendly attractions in Los Angeles.

Get to know about the top four beautiful sights to see in Los Angeles and make a great trip.

A famous family vacation place in California, Disneyland lies outside Los Angeles and attracts adults and kids since the 1950s. It is home to several rides in different themes and several interactive activities. The authorities built the park during one of the development phases, and it preserves endless adventure and entertainment.

The rides and overall construction depend on different movie themes of the seven lands. Among all, the Star Wars-themed rides are relatively new and exciting among youths. It includes Star Wars: Rise of the Resistance and the Millennium Falcon and features rides in the new Star Galaxy Edge region. In addition, there are plenty of shops and restaurants, giving an impression of the Black Spire Outpost. Also, if you wish to stay here, you can find numerous hotels with endless entertainment options, making your stay memorable.

If you are a car lover, you can’t miss going to Petersen Automotive Museum’s incredible attraction. It is home to a mix of permanent and temporary exhibitions of more than 300 cars and motorcycles from 1886 to the 21st century. The four floors building underwent major changes, and today, it is among the top-rated tourist attractions in Los Angeles. The classic architecture of exterior elevation looks jaw-dropping and attracts people in large numbers every year.

Moreover, visitors can sign up for a 90% to 120-minute guided Vault tour by paying an extra fee and enjoying watching the rare and fascinating cars. It hosts a frequent series of special exhibitions, including modern and ancient cars which people might wish to see in upcoming years. You can also check its official site for more detailed information on entry charges and exhibition schedules. Book Sun Country Airlines tickets now and pack your bags for extraordinary adventure and fun to experience in Los Angeles.

Universal Studios Theme Park is a widely renowned attraction, featuring exciting rides based on smashing movies. The park is home to The Wizarding World of Harry Potter, The Walking Dead, The Simpsons, The Transformers, and Jurassic World. Additionally, it is a working movie studio and a fascinating landmark offering jaw-dropping roller coaster rides. If you want to skip standing in lines, buy a Skip the Line: Front Line Pass at Universal Studios Hollywood. The handy ticket will give you a one-time fast entry for enjoying the rides and exploring the park’s attractions.

After going on the exciting rides, you can explore CityWalk, an entertainment venue of three blocks, along with shopping and dining. In addition, guided tours are also available, offering the scenes of some of the world’s most popular movies. The VIP Experience allows you to watch the sets and neighboring areas which are not open for public visits.

In 1934, The Original Farmers Market began operating from the hardships of the Great Depression period. During the phase, eighteen farmers set up stalls near Wilshire Boulevard to sell their items to the consumers. Earlier, it was only a fruit and vegetable market, but later, the market started selling more products of daily requirements. It was such a successful experiment, and as a result, the market continues to grow even more.

Today, the site features restaurants and specialty shops, offering a wide range of items, including jewelry, candles, toys, and whatnot. Apart from selling necessary products, the market hosts entertainment options like free music concerts on Friday nights in the summers. From Sundays to Thursdays, the opening time of the market is between 10:00 am to 8:00 pm. However, on Fridays and Saturdays, visitors can visit the site from 10:00 am to 9:00 pm. Search for the best Jetblue flight tickets on the site or mobile app and get ready to have the best trip. 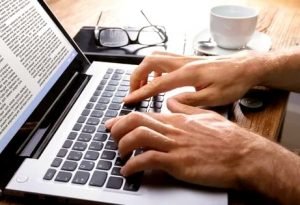 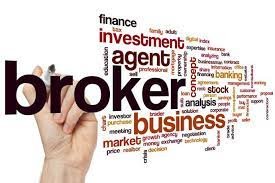 Next post What Sets a Good Business Broker Apart From a Bad One?