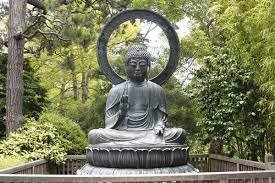 Temples have played an integral part in many religions and communities’ livelihoods since the dawn of civilization. These spectacular structures work as safe places for spiritual knowledge or to know more about a particular religion. These temples remind the region’s past and provide a stunning example of its classical architectural styles. Be it an all-white, unconventional number in Thailand or a Doric temple beyond Athens. These magnificent temples are deserving a stay on your future holiday.

The “Tiger’s Nest”, perched high on a cliff, is located in Bhutan’s Paro Valley. Its name comes from an 18th-century tale about Padmasambhava, a Buddhist master, arriving at the mediation site aboard a flying Tiger. He meditated on the mountain’s cave for three years, bringing about miracles in the area and Buddhism to Bhutan. It takes two hours to reach the cliffside, and guests must climb a steep trail.

#2 The Temple of Hephaestus, Athens (Greece)

The temple, named after Athena, the goddess of war and wisdom, is located over the agora in Athens. The Persian armies decimated the structure in the 479 BCE battle of Plataea. The Greeks pledged never to rebuild the structure or any other holy sites that were damaged, but they decided to leave them in ruins to remind them of the conflict. Scholars Believe That Temple May Be Dedicated to The Athenian Hero Theseus Whose Remains Are Still Inside The idea is frequently refuted as many temple inscriptions are linked to Hephaestus.

According to temple records, Ragyo Shonin was an Indian monk who came across the waterfall while searching for places to practice austerity. Shonin is believed to have been greeted by Kannon, the goddess Mercury, at the waterfall base. This is what prompted him to build the temple. This pilgrimage takes individuals to 33 Buddhist temples in the Kansai region.

Although it’s not clear when the famous Hong Kong Buddhist/Taoist temple was built, inscriptions on the bell of the temple hall suggest that its construction took place in 1847. Man Mo Temple, which honours the gods of literature and war, is well-known for its countless red wishes hanging from ceiling-strung incense. It is still active and is regularly visited by local worshippers. Therefore, it is requested that visitors to the temple refrain from taking photographs out of respect.

When we talk about Penang, creative interactive road art, sandy beaches and seafood dishes, etc., Penang also has the largest Buddhist temple in Malaysia. A melting utensil of cultures, the temple’s architecture shows Sugar, Thai and Burmese styles in seven stories. It is estimated that Buddha’s 10,000 sculptures have been painted in their main pagodas.

Buu Long Pagoda offers a tranquil and spiritual distraction from the hustle and bustle of Ho Chi Minh City. Gotama Cetiya Temple, the intricately carved temple in the middle of the complex, houses the famous enshrined Buddha relics, as well as tiny crystal and pearl beads believed to have appeared from the remains of his most enlightened disciples and teachers. As visitors enter, they are greeted by a large turquoise pool and grand staircase with dragon motifs.

The temple is considered one of the most sacred places in Jainism. It has 24 pillared halls as well as 1,444 columns. They are entirely hand-carved from amber stone. According to local legend, the temple was built by a Jain businessman after having a vision of God. Each pillar is unique and tells a story through the intricate architecture.

The site was designed by and funded by Chalermchai Kosipipat, a celebrated Thai artist. It is constructed on the remains of a Buddhist temple. The exterior’s mosaics, sculptures and interiors are entirely white. However, they burst with colour due to a series of murals. It is possible to spot your favourite fictional characters (such as Spider-Man or Hello Kitty) amongst the scenes on the walls.

When we talk about the oldest Buddhist Temple or Pagoda, The Shwedagon Pagoda is one of them. According to local legends, two brothers met the Buddha under a tree and offered him food. They were delighted when the Buddha gave them eight of his hairs. The brothers carried it in a ruby case to Myanmar. The King of Yangon ordered the construction of the temple, which was gold-plated and adorned with gemstones. The glittering pagoda symbolizes hope and resilience, having survived many natural disasters and military occupations.

#10 The Temple of Heaven, Beijing, China

The Temple of Heaven is an elaborate tower located just outside of the Forbidden City. It was built under the Yongle emperor in the 15th century. It was the central venue where the Ming and Qing Dynasties’ emperors hosted annual prayer ceremonies for good harvests, atonement, and other rituals. Each colourful pillar in the Hall of Prayer for Good Harvests is unique. They represent different seasons or solar terms. However, they all join together to symbolize the 28 Palaces of The Moon in Chinese Astronomy.

Bangkok has a very extravagant high gable and ornate finial. The hall of Bangkok’s most famous temple is entirely made of Italian Carrara marl, giving it the nickname “Marble Temple”. Half-brother to King Chulalongkorn, Prince Narisara Nuvadtivongs designed the temple in 1899. Over the next 11 years, it grew into a grand structure with 52 Buddha statues perched on pillars. There are stained glass windows that display images of the Thai angels.

#12 The Temples at Abu Simbel

Pharaoh Ramesses II built the Abu Simbel rock temples to show his divine nature and respect the goddess Hathor and gods Ra-Horakty, Ptah, and Queen Nefertari. Four enormous figures are seated at the entrance to this sandstone structure. Above the doorway is an etched image depicting Re-Horakhty. While some scholars believe that the temples were built after the victory of the Battle Kadesh by the pharaoh, others believe they were made later in 1244 BCE following the Nubian Campaigns for Ramesses and his sons. After fears that the Aswan High Dam on the Nile would drown the sacred sites, the temples were moved to a higher spot on the cliff and rebuilt. 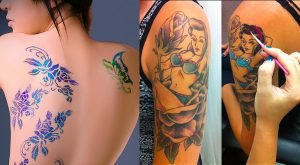 Previous post What Should I Know About Glitter Tattoos?
Next post Shopify Development Agency – Grow your Store Consistently